The league introduces three new trophies. The Macgregor Kilpatrick Trophy first awarded for the team which finishes in first place in the league during the regular season. The Yanick Dupre Memorial Award is given to the player who best exemplifies the spirit of community service. The Thomas Ebright Memorial Award honors an individual with outstanding career contributions to the AHL.

Eighteen teams played 80 games each in the schedule. The Philadelphia Phantoms repeated finishing first overall in the regular season, and won their first Calder Cup championship. 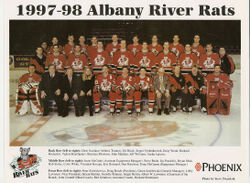 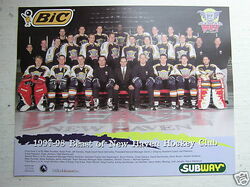 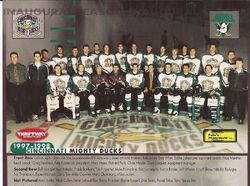 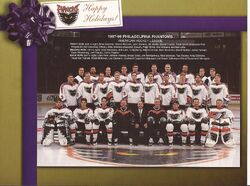 Philadelphia Phantoms
Add a photo to this gallery

Glens Falls
Add a photo to this gallery

Retrieved from "https://icehockey.fandom.com/wiki/1997–98_AHL_season?oldid=399941"
Community content is available under CC-BY-SA unless otherwise noted.