This is the 1994 tournament for the University Cup, the CIAU Canadian university championship. The semi-final games were held at Varsity Arena and the final was played at the Maple Leaf Gardens. It was a 4-team single knockout format. The format remained until 1997. 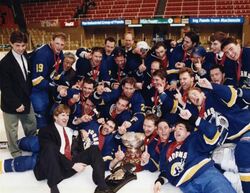 University of Lethbridge
Add a photo to this gallery 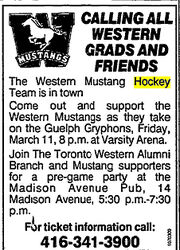 Retrieved from "https://icehockey.fandom.com/wiki/1994_University_Cup?oldid=547133"
Community content is available under CC-BY-SA unless otherwise noted.