The 1991-92 ECHL season was the fourth season of the ECHL. In 1991, the league welcomed four new franchises: the Columbus Chill, Dayton Bombers, Raleigh Icecaps, and Toledo Storm. The 15 teams played 64 games in the schedule. The Toledo Storm finished first overall in the regular season. The Hampton Roads Admirals won their second straight Riley Cup championship.

With the league expanded to 15 teams, the league was realigned to include two separate divisions, East and West. 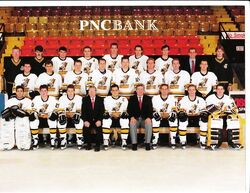 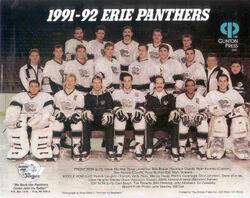 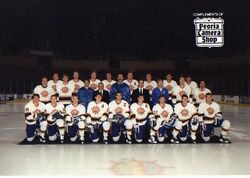 Cincinnati Cyclones
Add a photo to this gallery 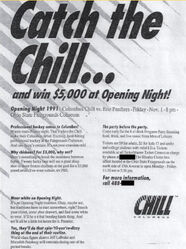 Columbus
Add a photo to this gallery

Retrieved from "https://icehockey.fandom.com/wiki/1991-92_ECHL_season?oldid=410267"
Community content is available under CC-BY-SA unless otherwise noted.