The 1986–87 WHL season was the 21st season of the Western Hockey League. Fourteen teams completed a 72 game season. The Medicine Hat Tigers won the President's Cup before going on to also capture the Memorial Cup.

On January 20, the East Division defeated the West Division 4–3 at Regina, Saskatchewan with a crowd of 3,652. 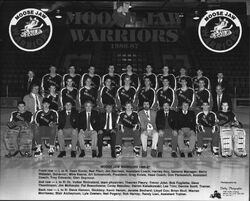 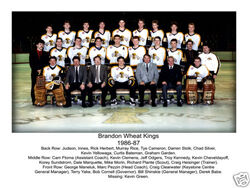 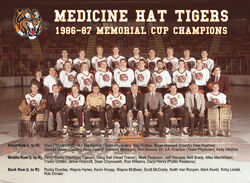 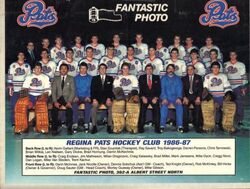 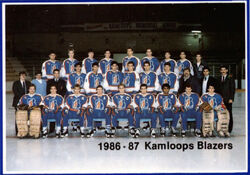 Kamloops Blazers
Add a photo to this gallery 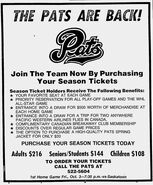 Regina Season Tickets
Add a photo to this gallery

Retrieved from "https://icehockey.fandom.com/wiki/1986-87_WHL_season?oldid=568584"
Community content is available under CC-BY-SA unless otherwise noted.