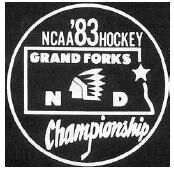 Harvard became the first Ivy League team to play in the national championship game in a decade, but lost the title to Wisconsin, playing in their third straight title match. The Badgers won their fourth title overall, defeating the Crimson 6-2. 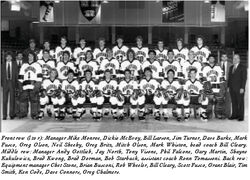 Harvard University
Add a photo to this gallery

Retrieved from "https://icehockey.fandom.com/wiki/1983_Frozen_Four?oldid=405044"
Community content is available under CC-BY-SA unless otherwise noted.