The 1978–79 AHL season was the 43rd season of the American Hockey League. The league inaugurates the Ken McKenzie Award, for the most outstanding marketing executive, showing its commitment to marketing and public relations.

Nine teams were scheduled to play 80 games each. The Maine Mariners repeated as first overall in the regular season, and won their second consecutive Calder Cup championship. 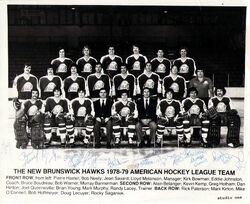 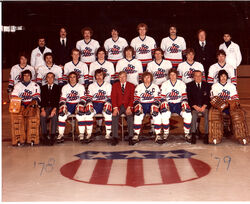 Moncton
Add a photo to this gallery

Retrieved from "https://icehockey.fandom.com/wiki/1978%E2%80%9379_AHL_season?oldid=408251"
Community content is available under CC-BY-SA unless otherwise noted.