1977 was the first year that the Frozen Four did not comprise the entire NCAA tournament. On March 20th, the Michigan Wolverines earned a spot in the Frozen Four by defeating Bowling Green in the NCAA's first official "play-in" game, 7-5.

Michigan would advance to the championship game of the tournament, losing to Wisconsin 6-5 in overtime. It was the Badgers' second national title. 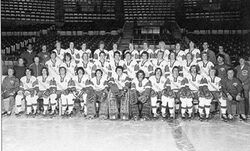 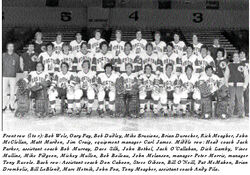