This is the 1975-76 Quebec Universities Athletic Association season. This was the first time that Concordia University participated, following the merger of Loyola College and Sir George Williams University. It also marked the return of Universite de Laval.

All series best of three. 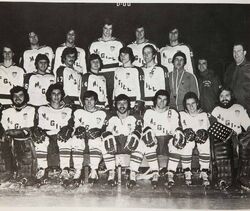 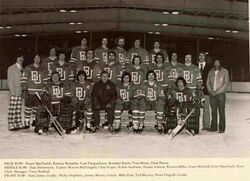 Bishops University
Add a photo to this gallery

Retrieved from "https://icehockey.fandom.com/wiki/1975-76_QUAA_Season?oldid=447617"
Community content is available under CC-BY-SA unless otherwise noted.