The 1975–76 AHL season was the 40th season of the American Hockey League. The league begins to give out three James H. Ellery Memorial Awards to the media, one each for outstanding newspaper, radio and television coverage of the AHL.

Eight teams played 76 games each in the schedule. The Nova Scotia Voyageurs finished first overall in the regular season, and won their second Calder Cup championship. 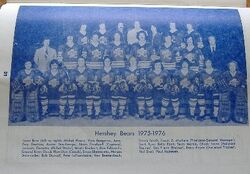 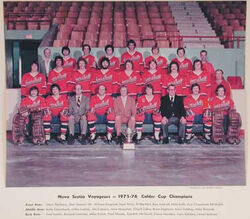 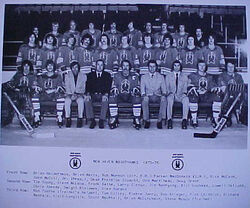 New Haven Nighthawks
Add a photo to this gallery

Retrieved from "https://icehockey.fandom.com/wiki/1975%E2%80%9376_AHL_season?oldid=447643"
Community content is available under CC-BY-SA unless otherwise noted.