The 1974–75 WCHL season was the 9th season for the Western Canada Hockey League, known in the present day as the Western Hockey League. Twelve teams completed a 70 game season. The New Westminster Bruins won the President's Cup.

On January 15, the West All-Stars defeated the East All-Stars 4–1 at Victoria, British Columbia with a crowd of 3,452. 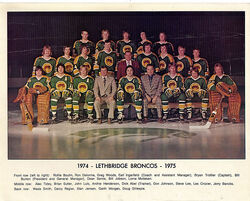 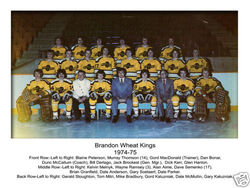 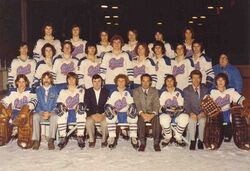 Retrieved from "https://icehockey.fandom.com/wiki/1974-75_WCHL_season?oldid=620986"
Community content is available under CC-BY-SA unless otherwise noted.