The 1973 Stanley Cup Final NHL championship series was contested by the Chicago Black Hawks and the Montreal Canadiens, a rematch of the 1971 Stanley Cup Finals. The Canadiens won the best-of-seven series four games to two.

Chicago defeated the St. Louis Blue 4–1 and the New York Rangers 4–1 to advance to the Final. Montreal defeated the Buffalo Sabres 4–2 and the Philadelphia Flyers 4–1 to set up an "Original Six" Final.

Yvan Cournoyer and Jacques Lemaire would both have 12 points in the Finals for the Canadiens, with the Conn Smythe going to Cournoyer, who had six goals. It was Henri Richard's eleventh win of the Stanley Cup and Scotty Bowman's first.

† left off cup, but included on the team picture.

On the Replica Stanley Cup created in 1992–93 Bob Murdoch's name was spelled BOB MURDOCK with a "K" instead of a "H". His name was correct on the original engraving in 1973. 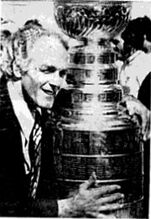 Henri Richard with the cup. 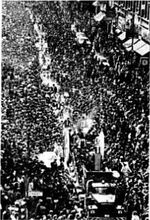 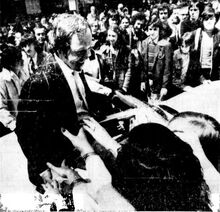 Ten minutes of highlights of Game 1 of the 1973 Stanley Cup Finals.