The Terriers of Boston University would win their second straight national championship, blanking rival Cornell 4-0 with help from the hometown crowd. It would be the last time that a team would enjoy a second straight championship win until 2003, when Minnesota accomplished the feat. 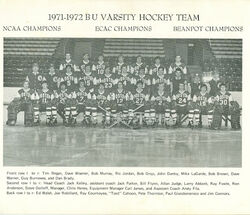 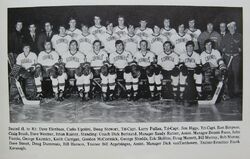