The 1971 Frozen Four was held March 18-20, 1971, in Syracuse, New York at the Onondaga County War Memorial Auditorium. The building had previously hosted the 1967 Frozen Four. 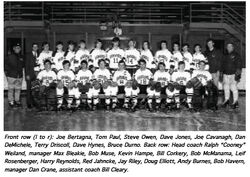 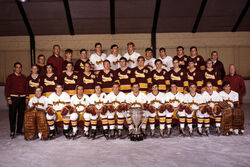