The 1970–71 QMJHL season was the 2nd season in the history of the Quebec Major Junior Hockey League. Ten teams played 62 games each in the schedule. The league dissolved the East and West Divisions. The Frank J. Selke Memorial Trophy is first awarded to the most sportsmanlike player, after being the trophy for the West Division champions in the previous season.

The Quebec Remparts repeated as first place in the regular season, and won their second President's Cup, defeating the Shawinigan Bruins in the finals. After the winning the league championship, the Remparts prevailed three games to two in a controversial eastern Canada Final versus the St. Catharines Black Hawks of the Ontario Hockey Association. The Remparts then won the 1970-71 Memorial Cup Final in shortened series by defeating the Edmonton Oil Kings two games to none.

Guy Lafleur was the leading scorer of the playoffs with 43 points (22 goals, 21 assists). 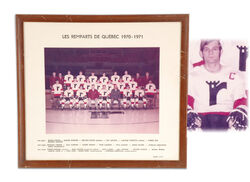 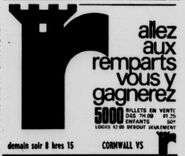