This is the 1967-68 season of the Western Canada Senior Hockey League:

1. The Edmonton Nuggets became the Monarchs on Feb. 8 when they changed from privately owned to player owned.

2. The Canadian Olympic Team was based in Winnipeg. It was eligible for the regular season title but not for the playoffs. It took a break for the Olympic Games.

3. The USA & Finnish teams' games counted for their opponents only. They were not eligible for the season title. 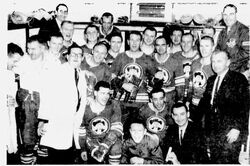 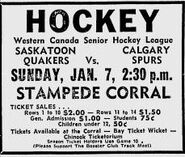 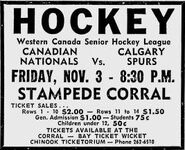 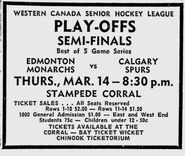 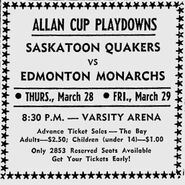 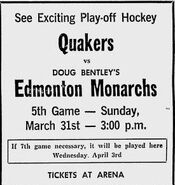