This is the 1966 tournament for the University Cup, the CIAU Canadian university championship. It was held at Sudbury, Ontario. Five conference winners played a single elimination tournament. 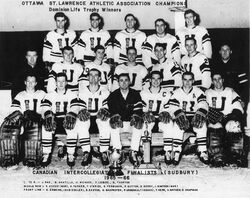 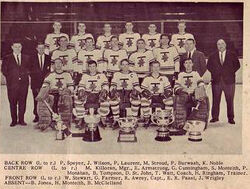 Retrieved from "https://icehockey.fandom.com/wiki/1966_University_Cup?oldid=547109"
Community content is available under CC-BY-SA unless otherwise noted.