This is the 1966-67 season of the Western Canadian Intercollegiate Athletic Association. UBC returned to the league this season. This was the first time the league had 5 teams participate in a season.

Alberta & British Columbia played two three-point games against each other.

University of Saskatchewan Huskies advanced to the 1967 University Cup. 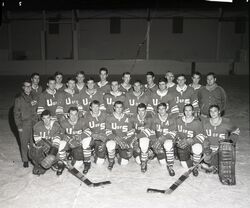 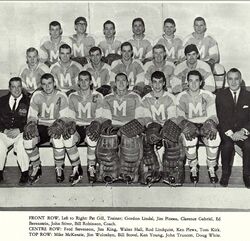 Retrieved from "https://icehockey.fandom.com/wiki/1966-67_WCIAA_Season?oldid=596416"
Community content is available under CC-BY-SA unless otherwise noted.