The 1965–66 Montreal Canadiens season was the team's 57th season of play. The Canadiens finished 1st in the league and defeated the Detroit Red Wings in the 1966 Stanley Cup Finals 4 games to 2.

For more details on this topic, see 1966 Stanley Cup Finals.
With this series, Toe Blake had coached the Canadiens to seven Cup in eleven years. Henri Richard, a member of all seven, would score the series winner in game six in overtime. Despite the Wings losing, their goalie Roger Crozier would win the Conn Smythe Trophy. 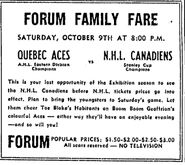 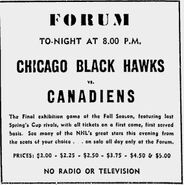