After winning six of the first nine national championships, Michigan won its seventh after an 8 year drought, defeating the host Denver Pioneers 6-3.

This was the first Frozen Four in a decade that did not feature either of New York's North Country schools. 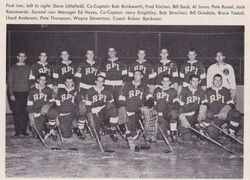 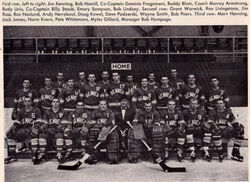 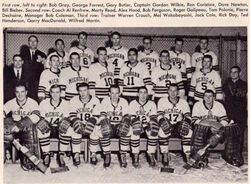 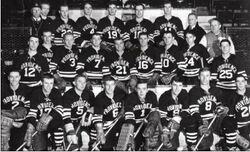 Providence College
Add a photo to this gallery

Retrieved from "https://icehockey.fandom.com/wiki/1964_Frozen_Four?oldid=399189"
Community content is available under CC-BY-SA unless otherwise noted.