The 1964–65 New York Rangers season was the 39th season for the team in the National Hockey League (NHL). The Rangers finished 5th in the league and did not qualify for the playoffs.

On January 27, 1965, Ulf Sterner, the first European trained player, made his debut in the National Hockey League for the New York Rangers in a game versus the Boston Bruins. [1] 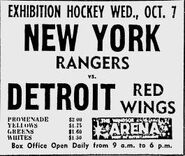 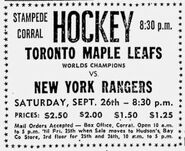 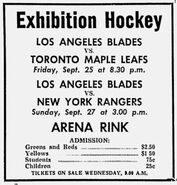 Retrieved from "https://icehockey.fandom.com/wiki/1964–65_New_York_Rangers_season?oldid=713667"
Community content is available under CC-BY-SA unless otherwise noted.