Canada was represented by the Trail Smoke Eaters, the last time a club team would represent the country. 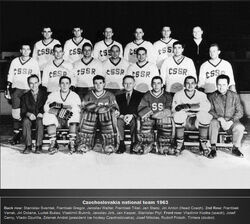 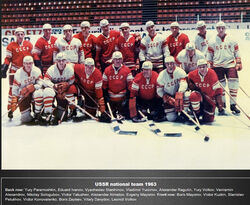 Retrieved from "https://icehockey.fandom.com/wiki/1963_World_Championship?oldid=400199"
Community content is available under CC-BY-SA unless otherwise noted.