The 1963 Frozen Four was held March 14-16, 1963, in Chestnut Hill, Massachusetts at McHugh Forum on the campus of Boston College. 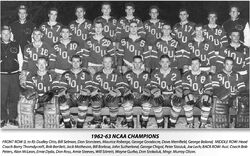 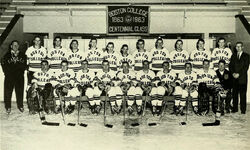