This was the 1963-64 Central Professional Hockey League season.

This was the first season of this league. It had been the Eastern Professional Hockey League in the previous season.

On October 31, 1963, there was a propane explosion in the arena of the Indianapolis Capitals. The Detroit Red Wings then moved their farm team to Cincinnati, Ohio. 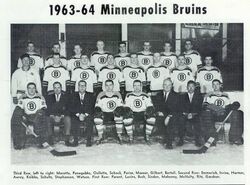 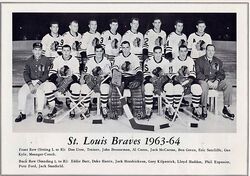 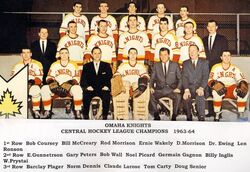 Omaha Knights
Add a photo to this gallery

Retrieved from "https://icehockey.fandom.com/wiki/1963-64_CPHL_season?oldid=416927"
Community content is available under CC-BY-SA unless otherwise noted.