The 1961 World Ice Hockey Championships was the 28th edition of the Ice Hockey World Championships. The tournament was held in Geneva and Lausanne, Switzerland from March 1 to March 12, 1961. Canada, represented by the Trail Smoke Eaters, won their nineteenth international title. It would be the last championship for Canada in thirty-three years.[1] 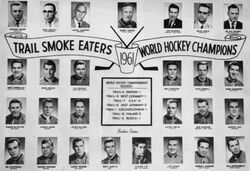 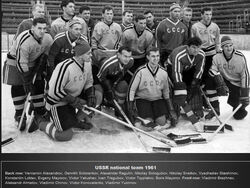 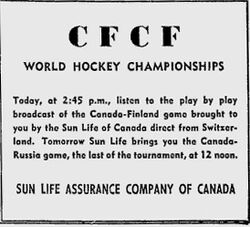 Retrieved from "https://icehockey.fandom.com/wiki/1961_World_Championship?oldid=400196"
Community content is available under CC-BY-SA unless otherwise noted.