Denver won its second straight national championship, and third overall, in front of a hometown crowd in its home rink, running away from St. Lawrence 12-2 in the most lopsided championship game in Frozen Four history. 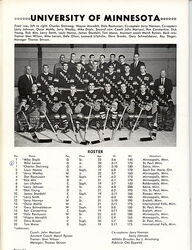 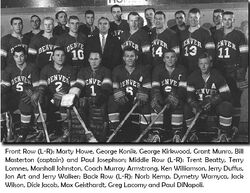 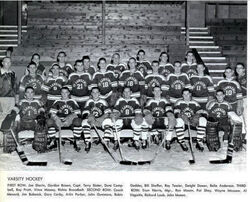 St. Lawrence University
Add a photo to this gallery
Retrieved from "https://icehockey.fandom.com/wiki/1961_Frozen_Four?oldid=408978"
Community content is available under CC-BY-SA unless otherwise noted.