This was the 1962 Memorial Cup final, held to determine the Canadian junior champion.

The two clubs playing were both farm teams of the NHL's Detroit Red Wings. 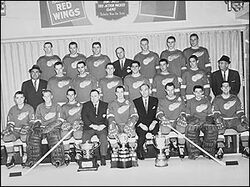 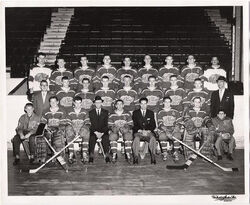 Edmonton Oil Kings
Add a photo to this gallery

Retrieved from "https://icehockey.fandom.com/wiki/1961-62_Memorial_Cup_Final?oldid=614567"
Community content is available under CC-BY-SA unless otherwise noted.