The 1958 Frozen Four was held March 13-15, 1958, in Minneapolis, Minnesota at Williams Arena. After 10 straight Frozen Fours held at the Broadmoor Ice Palace in Colorado Springs, Colorado, the 1958 event was the first to be held in a different location, establishing a rotating location for the yearly championship tournament. 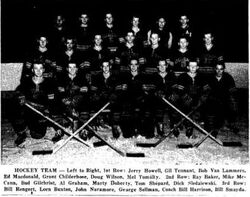 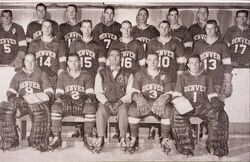