This is the 1956-57 season of the Ottawa Junior Canadiens:

They were the Montreal Junior Canadiens, a Junior A team, that was moved to Ottawa from Montreal after the 1955-56 season. The reason for the move was the much better attendance figures in Ottawa over Montreal in 1955-56.

There were also some other exhibition games played by the Junior Canadiens, most notably against some National Hockey League teams. 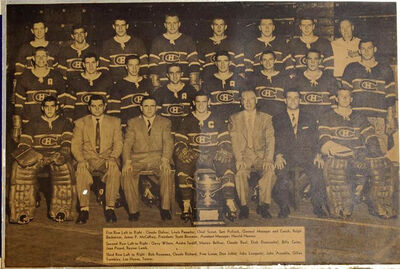 Ottawa Junior Canadiens
Add a photo to this gallery 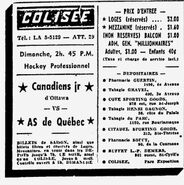 February 24 @ Quebec City
Add a photo to this gallery
Retrieved from "https://icehockey.fandom.com/wiki/1956-57_Ottawa_Canadiens_season?oldid=451053"
Community content is available under CC-BY-SA unless otherwise noted.