This is the 1956-57 Maritmes Senior Playoffs. They decided the regional champion. This season the Maritimes Amateur Hockey Association decided that its senior teams were not strong enough for the Allan Cup so the champion did not go on to those playoffs. 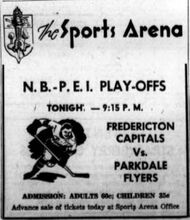 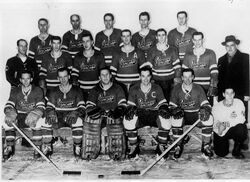