There were only two leagues eligible for the Alexander Cup this season - the Quebec Senior Hockey League (Major) and the Maritime Major Hockey League. Their two champions played off for the Cup. 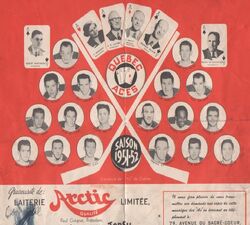 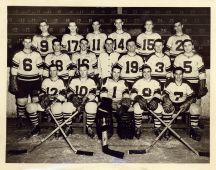 Saint John Beavers
Add a photo to this gallery 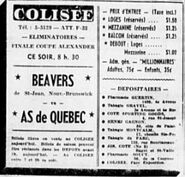 @ Quebec City
Add a photo to this gallery

Retrieved from "https://icehockey.fandom.com/wiki/1951-52_Alexander_Cup?oldid=407232"
Community content is available under CC-BY-SA unless otherwise noted.