The 16th Ice Hockey World Championships and 27th European Hockey Championships was held from February 12 to 20, 1949, in Stockholm, Sweden. In the initial round, the ten teams participating were divided into three groups: two groups of three and one of four. In the second round, the top two teams in each group advanced to the medal round (for positions 1 through 6) with the remaining four teams advancing to the consolation round for places 7 through 10.

Czechoslovakia won their second world championship and ninth European Championship by defeating Canada 3:2. It was only the third defeat for the Canadians at a World Championship. 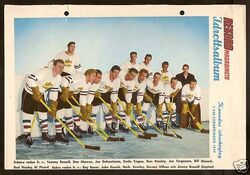 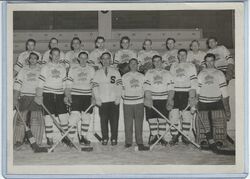 Information based upon German version at http://de.wikipedia.org/wiki/Eishockey-Weltmeisterschaft_1949