For the second straight year, the competitors were:

Boston College won its first NCAA championship, defeating Dartmouth 4-3. This was Dartmouth's second straight national championship game defeat; the school would not return to the Frozen Four again until 1979. 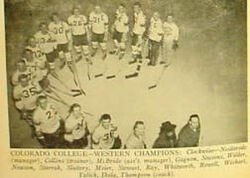 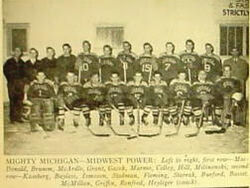 Dartmouth College
Add a photo to this gallery

Retrieved from "https://icehockey.fandom.com/wiki/1949_Frozen_Four?oldid=399291"
Community content is available under CC-BY-SA unless otherwise noted.