This is the 1949-50 season of the Ottawa-St. Lawrence Conference. This was the first season of the OSLC. The Senior Intercollegiate League had been set up for one season, in 1945-46, in the same geographic region.

Results are not available for this season. The founding teams were: 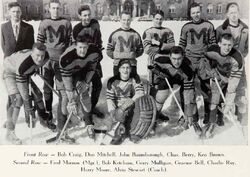 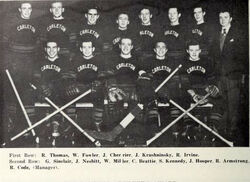 Carleton Unversity
Add a photo to this gallery
Retrieved from "https://icehockey.fandom.com/wiki/1949-50_OSLC_Season?oldid=406067"
Community content is available under CC-BY-SA unless otherwise noted.