This is the 1949-50 season of the Edmonton City Junior League:

It was called the Edmonton & District Junior League due to the addition of a team from Wetaskiwin.

Athletic Club beat South Side 3 wins to none.

In January, the Athletic Club went on a tour of Saskatchewan, playing the teams of the Saskatchewan Junior League. 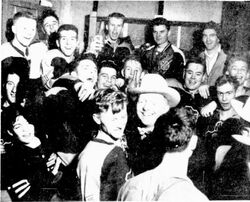 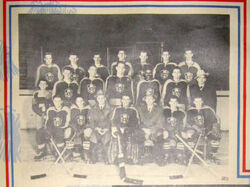 Edmonton Athletic Club
Add a photo to this gallery

Exhibition @ Saskatoon
Add a photo to this gallery
Retrieved from "https://icehockey.fandom.com/wiki/1949-50_EdmJHL_Season?oldid=449197"
Community content is available under CC-BY-SA unless otherwise noted.