1. Cleveland and Baltimore dropped out on December 5, 1949. Their records were erased.

2. Toledo won the league season title because of a better percentage record. They later advanced to the 1949-50 United States National Senior Championship.

This series was cut short when New York clinched the title. 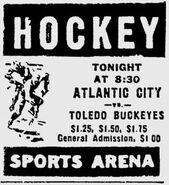 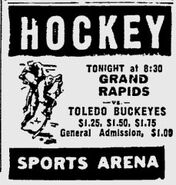 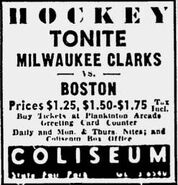 Milwaukee
Add a photo to this gallery

Retrieved from "https://icehockey.fandom.com/wiki/1949-50_EHL_season?oldid=595007"
Community content is available under CC-BY-SA unless otherwise noted.