This is the 1948-49 season of the Junior Amateur Hockey Association:

It was the top junior league in Quebec.

The St Hyacinthe Flyers folded on January 8, 1949, due to financial reasons.

Quebec City's arena had burned down, so its home game was moved to Chicoutimi. 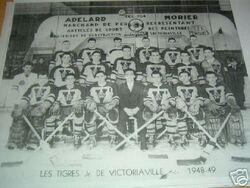 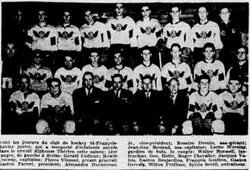 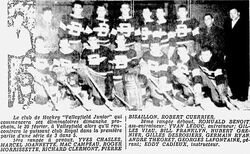 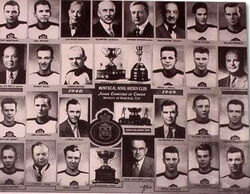 The Colisee at Quebec City was destroyed by fire on March 15. A final game had to be switched to Chicoutimi.