The Ottawa Senators won Ottawa's third Allan Cup in eight years and its first since 1943.

Note: The sixth and seventh games, if necessary, would have been played in Montreal. 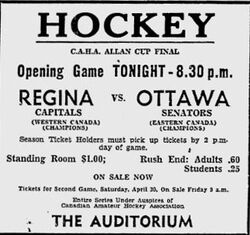 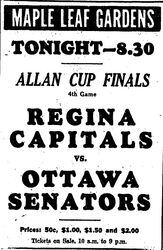 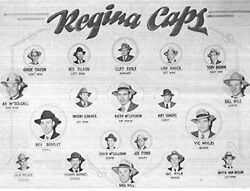 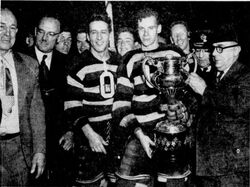 Senators' captain Bobby Copp is presented with the Allan Cup.

Senators honored at City Hall.
Add a photo to this gallery

Retrieved from "https://icehockey.fandom.com/wiki/1948-49_Allan_Cup_Final?oldid=407284"
Community content is available under CC-BY-SA unless otherwise noted.