The game was called at the end of regulation time because of poor ice.

The University of Toronto went to western Canada for a four game exhibition series. Included were the first hockey games ever played between university teams from western and eastern Canada. 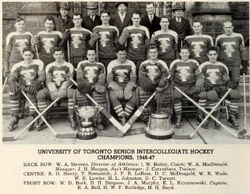 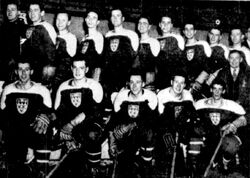 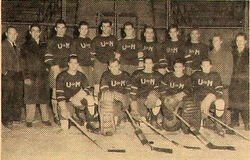 University of Montreal
Add a photo to this gallery 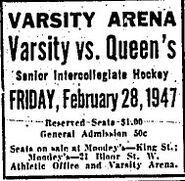 Retrieved from "https://icehockey.fandom.com/wiki/1946-47_CIAU_Season?oldid=534227"
Community content is available under CC-BY-SA unless otherwise noted.