The Montreal Royals won Montreal's second Allan Cup and the first since 1930. Also, this was the first time that a Montreal team played a home game in the Allan Cup final. 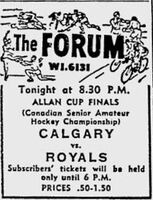 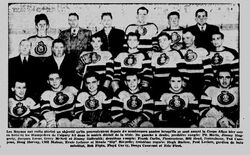 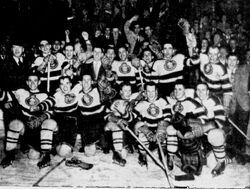 Montreal Royals celebrate win
Add a photo to this gallery

Retrieved from "https://icehockey.fandom.com/wiki/1946-47_Allan_Cup_Final?oldid=453395"
Community content is available under CC-BY-SA unless otherwise noted.