Ice Hockey Wiki
Register
Don't have an account?
Sign In
Advertisement
in: Montreal Canadiens seasons, 1946 in hockey, 1947 in hockey

The 1946–47 Montreal Canadiens season was the 38th season in club history. The Canadiens finished 1st in the league and lost in the 1947 Stanley Cup Finals to the Toronto Maple Leafs 4 games to 2. 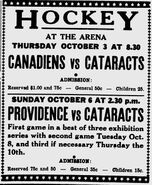 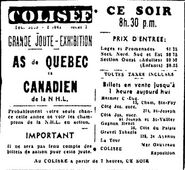