This is the 1944-45 season of the Saskatchewan Junior Hockey League:

Games played at Prince Albert were worth one point each.

Since the Navy team was prevented from advancing because of military policy, the Black Hawks advanced to the provincial final. 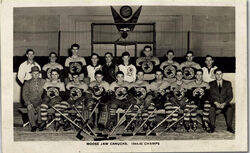 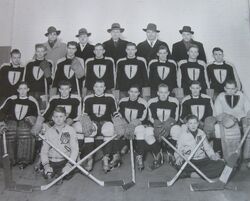 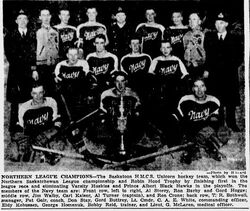 North Final @ Saskatoon
Add a photo to this gallery

Retrieved from "https://icehockey.fandom.com/wiki/1944-45_SJHL_Season?oldid=458932"
Community content is available under CC-BY-SA unless otherwise noted.