This is the 1943-44 Saskatchewan Senior Hockey League season:

Note: This series was originally best-of-seven. It was changed because of lack of time. Even if Saskatoon Navy had won the final, it would not have advanced because military teams were not eligible for the Allan Cup. 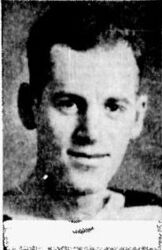 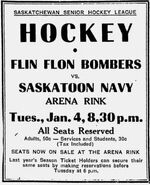