They decided the regional senior hockey champion and the entry into the Allan Cup playoffs.

Note: Moncton's arena was being used by the military during World War II. The Maroons played their home games @ Saint John.

Pictou's 5-2 win was ordered replayed because they dressed 11 players instead of the maximum 10 allowed. 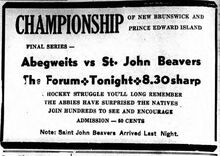 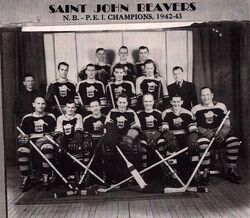