This is the 1939-40 season of the International Intercollegiate League:

This was the last season of this league. It disbanded mostly due to the outbreak of World War II. However it was proving to be a financial disaster for the Canadian teams who were not attracting good crowds to their home games.

The three Canadian teams - Toronto, McGill, and Queens - won all their games against their American counterparts.

The Canadian teams played fewer games than the Americans because there were fewer Canadian teams. Each team played 1 game against each international opponent and 2 each against domestic opponents.

For the first time McGill did not win the league championship. 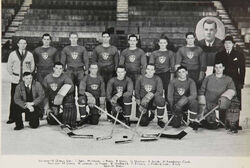 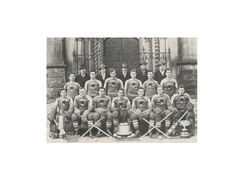 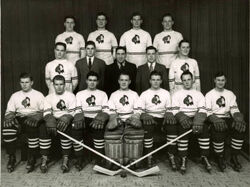 @ Kingston
Add a photo to this gallery

Retrieved from "https://icehockey.fandom.com/wiki/1939-40_IIL_Season?oldid=460490"
Community content is available under CC-BY-SA unless otherwise noted.