A consolation final was held between the western and eastern runners-up. The prize was the Hardy Cup (not to be confused with the later trophy for the Western Canada Intercollegiate Union). It was also a replay of the 1938-39 Allan Cup Final. This Hardy Cup was nevercompeted for again. 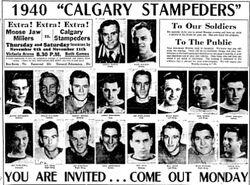 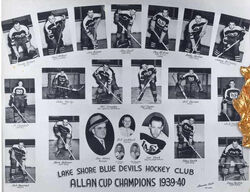 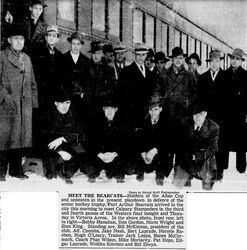 Port Arthur Bearcats
Add a photo to this gallery 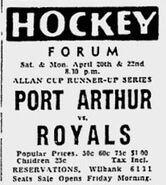 Retrieved from "https://icehockey.fandom.com/wiki/1939-40_Allan_Cup_Final?oldid=412159"
Community content is available under CC-BY-SA unless otherwise noted.