This is the 1938-39 season of the International Intercollegiate League:

This was the third season of this league. Canadian teams continued their domination. Besides Montreal's losses to all the American teams, the only other Canadian loss was Queens to Harvard.

University of Montreal withdrew after this season. It was clearly out of its league.

The University of Toronto embarked on a coast-to-coast tour of North America in December: 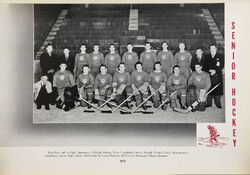 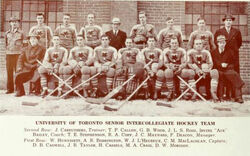 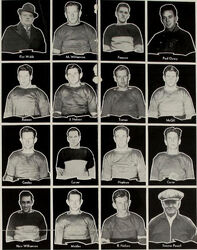 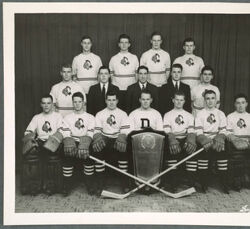 Queens University (Kingston)
Add a photo to this gallery
Retrieved from "https://icehockey.fandom.com/wiki/1938-39_IIL_Season?oldid=446986"
Community content is available under CC-BY-SA unless otherwise noted.