The 1938–39 AHL season was the 3rd season of the International-American Hockey League, known in the present day as the American Hockey League. Eight teams played 54 games each in the schedule. The Hershey Bears won the F. G. "Teddy" Oke Trophy as the Western Division champions, while the Cleveland Barons won the Calder Cup as league champions. 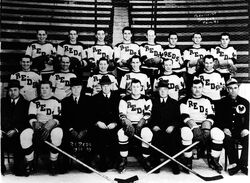 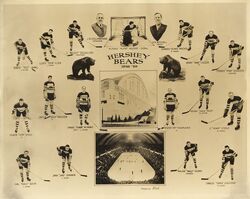 New Haven Eagles
Add a photo to this gallery 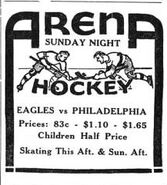 New Haven
Add a photo to this gallery

Retrieved from "https://icehockey.fandom.com/wiki/1938%E2%80%9339_AHL_season?oldid=407990"
Community content is available under CC-BY-SA unless otherwise noted.