This is the 1937-38 Manitoba Junior Hockey League Season.

Forword
The MJHL was run and controlled by the Manitoba Amateur Hockey Association.
Realistically, the League was actually two leagues under one umbrella. 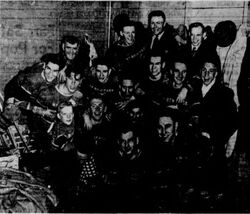 St. Boniface Seals
Add a photo to this gallery 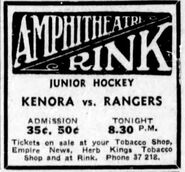 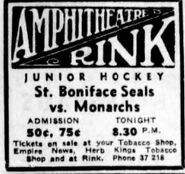 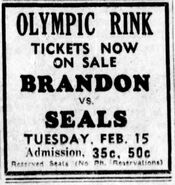 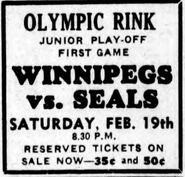 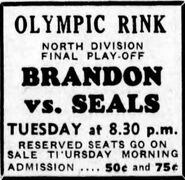 Semi Final @ Winnipeg
Add a photo to this gallery
Retrieved from "https://icehockey.fandom.com/wiki/1937-38_MJHL_Season?oldid=458423"
Community content is available under CC-BY-SA unless otherwise noted.