This is a list of the teams that were eligible in the 1937-38 season for the Allan Cup, emblematic of the senior amateur hockey championship of Canada.

The list is not complete. There are at least five leagues in Quebec of which the list of teams is not currently available.

There are 185 teams on the list, which means that counting the missing leagues there were in excess of 200 teams eligible for the Allan Cup that season.

Intermediate teams in Western Canada had stopped competing for the Cup about five years before, instead playing off for a separate cup - the Edmonton Journal Trophy. Intermediate teams still played for the Allan Cup in Ontario and Quebec, which accounts for the large number of teams in these two provinces.

There were no playoffs amongst all the teams in Ontario so the champions are listed separately.

Note: The Boston Olympics also played this season but, as an American team, were not eligible for the Allan Cup.

There were the Inter-City League, Wolfe County League, Vaudreuil-Dorion League, Thetford Mines Town League, and an unknown league that was won by the Montreal Italians, 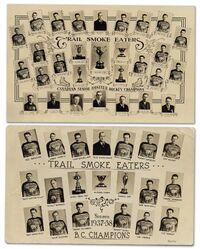 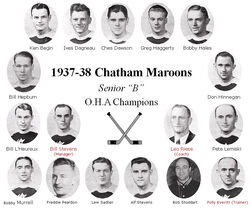 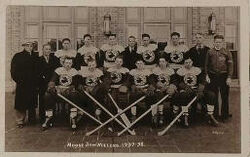 Moose Jaw Millers
Add a photo to this gallery
Retrieved from "https://icehockey.fandom.com/wiki/1937-38_List_of_Allan_Cup_eligible_teams?oldid=699349"
Community content is available under CC-BY-SA unless otherwise noted.