This was the 1937-38 season of the International Intercollegiate League:

This was the second season of this league.

Again the teams played home-and-home games against teams from their own country and a single game against the other country's teams.

The Canadian teams continued their domination. Dartmouth, Harvard, and Princeton each beat Montreal for the only American victories. Yale managed an upset tie with Toronto. 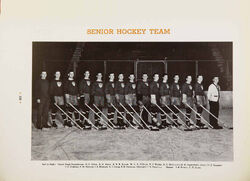 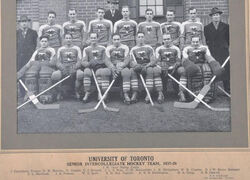 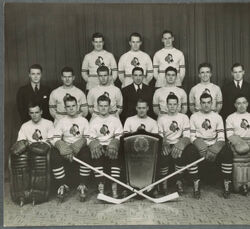 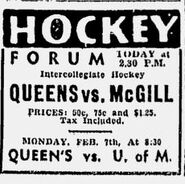 Univ, of Montreal home game
Add a photo to this gallery

Retrieved from "https://icehockey.fandom.com/wiki/1937-38_IIL_Season?oldid=446988"
Community content is available under CC-BY-SA unless otherwise noted.